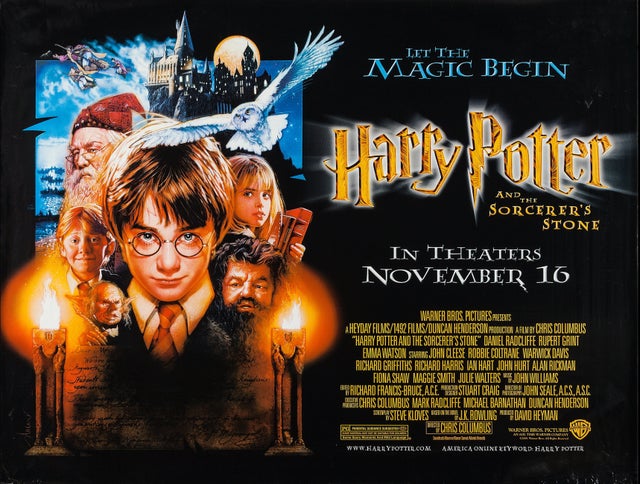 The advance poster was screen printed in limited numbers for use in transit displays. It measures 45.75” x 59.75” and is in very good condition with minimal edge wear from handling and a few light scattered, mild creases across center from handling. It has never been folded.

This extremely rare and collectible poster, screen-printed in 2001 to promote the November theatrical release of Harry Potter and the Sorcerer's Stone, is not a reproduction or a reprint.